50 rupees made Raju the king of comedy! Career was chosen in a moment

The story of 50 rupees that made Raju Srivastava realize that a career can be made in comedy. Comedy King himself had narrated the story of making Comedy a career. 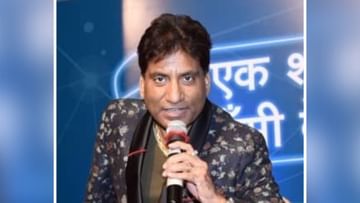 How Raju Srivastava chose comedy as a career (file photo)

The King of Comedy Raju Srivastava breathed his last on Wednesday 21 September 2022 at Delhi AIIMS. Raju Srivastava is the name who told the country that laughing is not just the name of fun, it can also be made a profession. Raju Srivastava’s name is also included in the recognition of comedy as a career. But when and how did this Comedy King himself realize that a career can be made in comedy? Comedian Raju Srivastava himself once narrated that story.

Actually, Raju Srivastava was good at mimicry since childhood. In school, he used to copy his teachers. He often used to get scolded for this. Because the teachers thought that Raju was insulting them.

In an interview, Raju Shrivastav had told that when he started doing comedy, his relatives did not like this thing at all. People used to make fun of this profession. Used to complain to Raju’s parents that what work has the son chosen?

Raju Srivastava had said in the interview that ‘My relatives used to feel insulted by my comedy. He used to think that children should study, and not go to the house of others and waste time in laughter. They used to go and complain to my family members. They thought that this work of mine would cut the nose of the family.

That story of 50 rupees…

When Raju was young, he used to do mimicry for fun. Wanted to show his talent to the people. But initially he never thought of adopting comedy as a career. In one of his interviews, Raju Srivastava had told that ‘comedy was not known as an art in that era. No one saw it as a profession.

Raju himself got the idea of ​​making comedy his profession when he performed at a neighbor’s house and for this he got 50 rupees as a reward. After that he turned his career car towards Mumbai. Raju Srivastava’s early studies were completed from Kanpur itself.

Share
Facebook
Twitter
Pinterest
VK
WhatsApp
Previous articleMaheep Kapoor shares what it looks like and it’s as cute as it can get
Next articlePregnant Blake Lively shares baby bump pictures with Ryan Reynolds and Taylor Swift; sends a message to paparazzi | Photogallery
- Advertisement -

MALANG (Indonesia): Seventeen children were among at least 125 people killed in a football stampede in Indonesia at...
Maharashtra

Nupur Shikhar wore a ring to Ira while sitting on her knees, shared a romantic photo

Monday Flashback: When Rishi Kapoor Got Angry Over Ramesh Sippy For Calling Him By Nick Name Chintu