A person named Kapil Pandit did a recce of Salman Khan, the police is interrogating 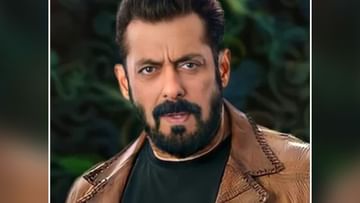 After the death of Punjabi rapper and singer Sidhu Moosewala, the Lawrence Bishnoi gang had asked some of their henchmen to do a recce of actor Salman Khan. Actually, Salman Khan’s father had received a letter after the death of Sidhu Musewala, in which it was written that ‘You will do your Musewala’. After this the security of Salman Khan was increased. Salman Khan’s recce was done by three people, out of which one Kapil Pandit has been arrested by the police and he is being questioned.

Giving information, Punjab Police DGP Gaurav Yadav said that, “One of the arrested accused, Kapil Pandit, said during interrogation that he along with Sachin Bishnoi and Santosh Yadav had come to Mumbai to target Salman Khan on the instructions of Lawrence Bishnoi. Did Reiki. We will interrogate them too.

Kapil Pandit, one of the arrested accused, said during interrogation that he along with Sachin Bishnoi & Santosh Yadav had conducted a recce in Mumbai to target Salman Khan on the instructions of Lawrence Bishnoi. We will also interrogate them: Gaurav Yadav, Punjab Police DGP pic.twitter.com/PKtNoawgmP

Punjab Police DGP Gaurav Yadav has said in his statement that, ‘We have made 3 arrests yesterday in the Musewala murder case. Three people including Deepak Mundi have been arrested. Actually, these arrests have been made with the help of Delhi Police and central agencies. Goldie Brar is the master mind in this matter.

DGP Gaurav Yadav further said that, ‘A person named Kapil had given him shelter in Nepal. Their plan was to send Deepak Mundi to Dubai. A person named Kapil Pandit had also done recce of Salman Khan. It was only after the arrest of Manpreet Bhau and Manpreet Manna that we got the first input about it. We are trying to nab all the accused sitting abroad. So far a total of 23 arrests have been made in this case.


For your information, let us tell you that after receiving death threats to Salman Khan, he applied for a license to keep arms for his safety. Although there was some effort, but he was given the license. Lawrence Bishnoi is currently lodged in Delhi’s Tihar Jail. When Delhi Police asked Lawrence Bishnoi about the threatening letter given to Salman Khan, he categorically retracted it.

Share
Facebook
Twitter
Pinterest
VK
WhatsApp
Previous articleBattle for 2024: Who will emerge as leader of the opposition bloc | India News
Next articleShamita Shetty: Glamorous Shamita’s bold look; The eyes of the fans fixed on the photo
- Advertisement -

Eknath Shinde : Whose bow and arrow symbol? The decision will be taken by the Central Election...
Entertainment

Adipurush Row: Why is there a controversy about Adipurush? Know who said what about the teaser of the film