Amala Paul has been at the top the Tamil film marquee for almost 13 years now. At the peak of her career, she chose to step away from the limelight and take a sabbatical. It was a move that her peers and associates called professional harakiri, but young Amala was convinced it was needed. She had lost her father, her mind was adrift and she needed to take stock of her motivations. Incidentally, it was 2020 and the pandemic’s rule of engagements, probably softened the brashness of Amala’s decision. In this week’s Big Interview, the Tamil-Malayalam-Telugu favourite, recalls her decisions and confesses that she’s returned in 2021, a changed person. Read on to discover an all-new Amala Paul.

In one of your interviews you mentioned your decision to quit films in 2021, how did you battle that strong emotion?
I didn’t want to quit film because my films were not doing film or that I was not getting any offers. I got the biggest offers of my career at that point in time but I had to say no, because I simply needed a break. I was tired, exhausted, burned out. I started in the industry since I was 17 and now I’m 30. So, you know, it’s almost 13 years of no break at all. And then I went through my personal loss, losing my father, then the pandemic happened and suddenly I was at home and I didn’t have anything to do. There were no flights to catch, meeting to attend or characters to work on. And that gave me a lot of time to connect with myself, process my emotions, my journey and my life. And I sort of realised that I was not very happy with the person that I was becoming. I felt like I was carrying too much baggage and that break phase was very cleansing for me. I call it my washing machine phase (laughs). I was literally going through so much detox and healing. I didn’t have the energy to do movies.

What was your family’s reaction when you decided to distance yourself from films?
When I discussed that with my family, they were like, normally nobody takes a break. If you’re taking a break, then you could be forgotten. But that was not a concern for me because I was prioritising my need to rest. Also, I think I was feeling very monotonous with my acting and my career. I felt disinterested and I remember telling myself that the moment I start missing acting, I would go back to the sets. And fortunately that happened in 2022 with the Malayalam movie ‘Teacher’. It was offered to me in 2020 but I was not ready then but two years later I felt ready to restart the entire process. 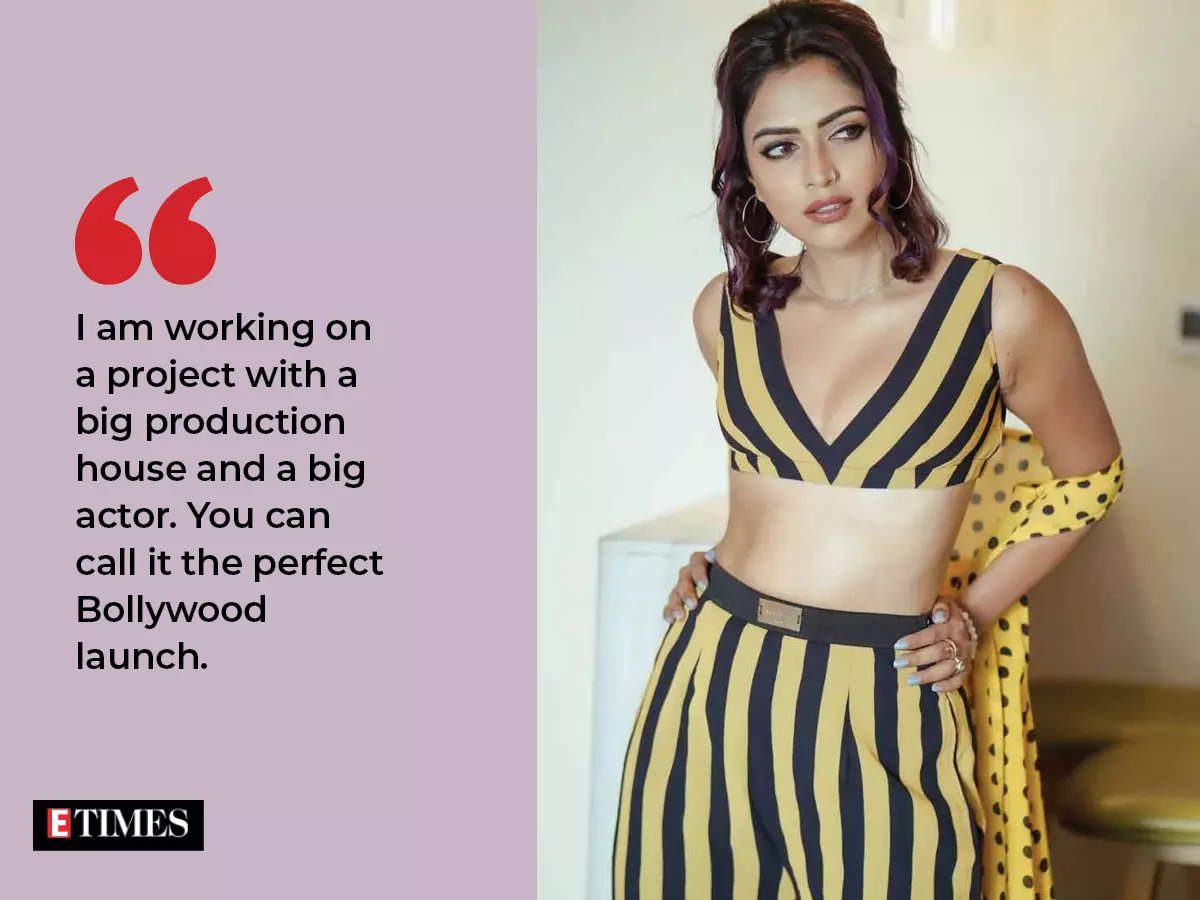 It was brave of you to detach like that completely, at the peak of your career.
I think it was very important. I felt I didn’t have to wait so long to take a break because as a society, you’re so conditioned to just run and compete with others. Hustling is the new thing. I had never experienced this concept of taking a break while growing up. But I feel this should be spoken about more. People are so tired, mentally, physically and emotionally. I went through my mental breakdown in 2020, and I don’t feel that should become a reason for you to rest. You don’t need to wait till that point where you mentally break down. When I was going through that conscious break, there were very few people, like one or two, who supported me, but the rest of the world was like, “what are you doing?” They were putting so much pressure on me just for taking a break. My decision required a lot of courage.

The South industries are majorly dominated by huge film families. How difficult was it for you to make a space for yourself?
Luckily with me, when I made my acting debut with a Tamil film, I came at the time when filmmakers were exploring newcomers. I had my set of struggles, a year went by in meetings and auditions. But from the next year I started getting offers. But then I did two films which never got released. And then my third film, ‘Mynaa’, went onto to become a blockbuster of sorts. That made me a star overnight. So, then I started getting a lot of offers, because I had done a very meaty role. I was accepted as a performer and I went on to work with all the A-listers soon enough. But when I went to the Telugu industry, I realised that there was the family concept. There the industry is very much dominated by these families and their fans. And the kind of films that they were making at that point of time was very different. There would always be two actresses and we’d be there for the love scenes, songs and everything was very glamorous. They were very commercial films and I couldn’t connect much with that industry at that point of time so I did very few films there. 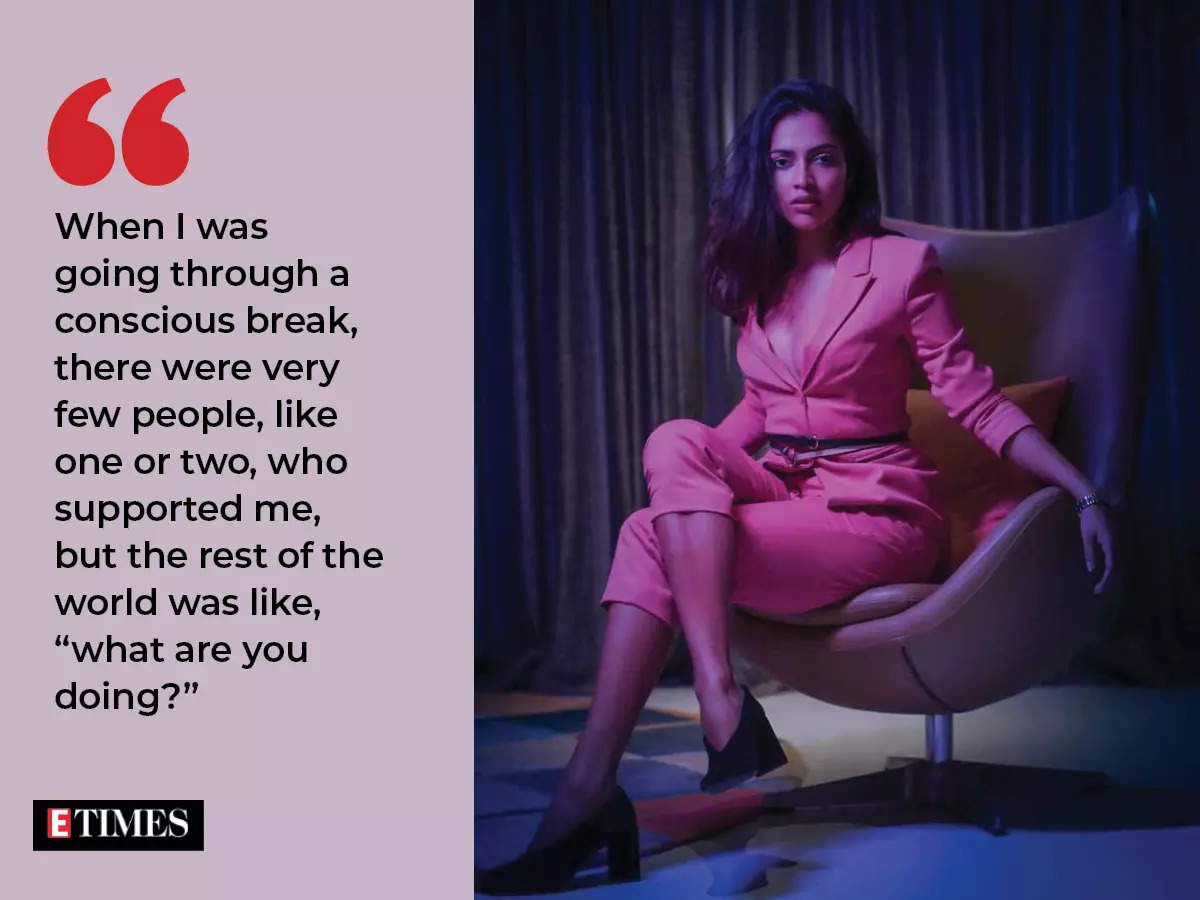 What about Bollywood? Are you exploring any more opportunities in Hindi cinema?

Yes, I am working on a project with a big production house and a big actor. You can call it the perfect Bollywood launch. The official announcement should happen soon. It’s a lovely project with a big hero. I’m really happy and looking forward to it.

Why one when I have so many options. Ranveer Singh is a great actor, who has this great craftsmanship. His body of work has always excited me. Shah Rukh Khan of course, I have always been a huge fan of him. I would also like to work with Vicky Kaushal, Ranbir Kapoor and Manoj Bajpayee sir.

Given a chance, is there anything you would have done differently in your career?
I have made peace with my past. I’m very grateful for the journey and I think it’s perfect. There’s nothing that I need to change about it. 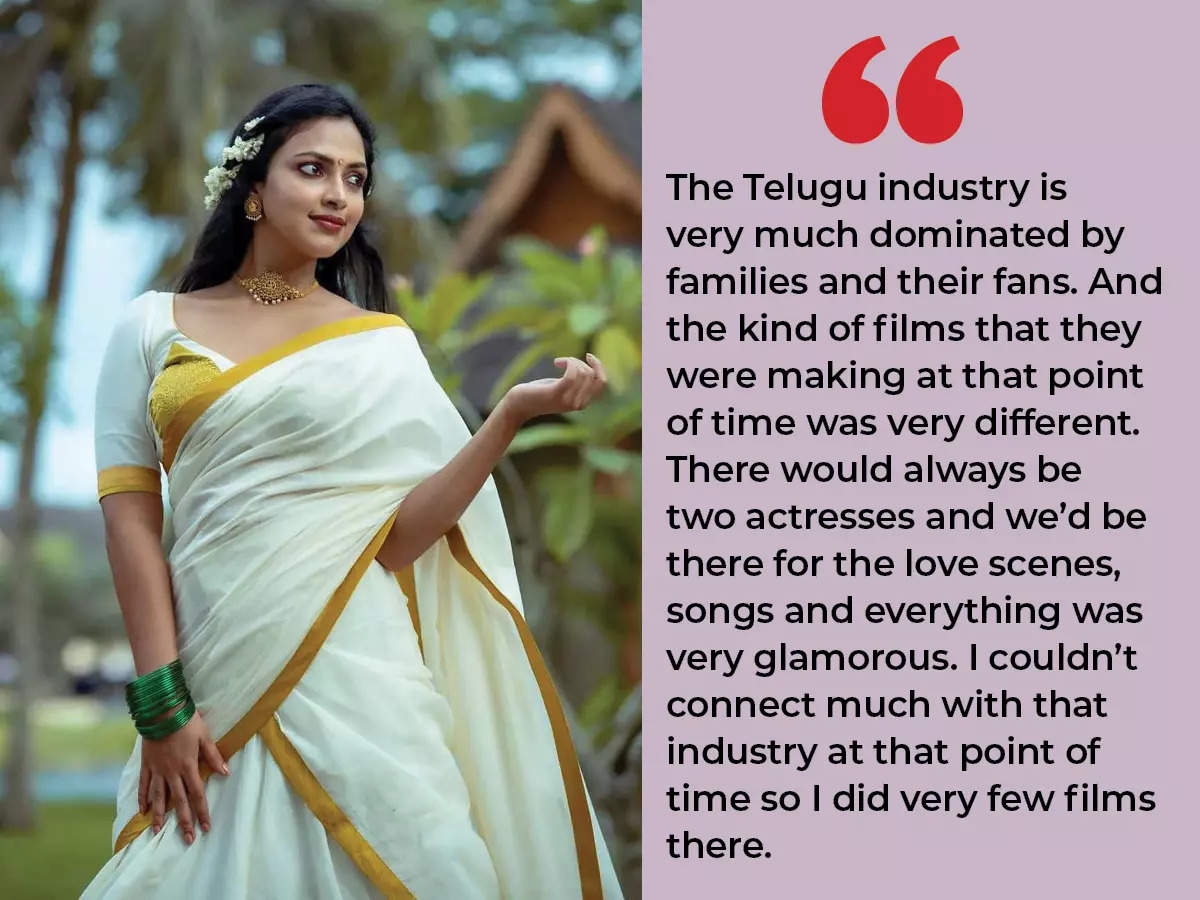 How do you close down the social media negativity?

I think before 2020, and after that, a lot of changes happened with me as a person. I don’t focus on any negativity or I don’t indulge myself too much into social media. I’m very comfortable with not using my phone for at least a week. I love that. I’m not somebody who dedicatedly works on social media every day. I have heard some actors have this dedicated time for social media but I’m sorry, I’m not like that. For me, my acting excites me. I’m an actor and that is my high. So when I’m shooting for a film, I kind of disconnect from the world. I’m very balanced with that part of my life. And I don’t take the pressure to post every day. Also, luckily I have a team to take care of that aspect of my life and I’m focusing on my work. And when I need to be there, I’m there, I spend quality time chatting with my fans, and read what my fans post. And whatever content that goes on my social media pages is also what I like. So, I don’t do anything out of pressure. It’s just me trying to be myself and stay connected with the fans, as much as I can.

What is your take on cancel culture? A lot of films are facing the ire on social media right now.

I really had no idea about this and when I heard it for the first time, I was like why? This is entertainment and they are just telling stories. I feel like why we don’t have the freedom and yeah, I’m concerned. I just hope that the energy that we channelise into creating chaos, I wish that gets channelised into creating beauty, something that is worthwhile to discuss and meaningful to talk about, something inspiring and motivational. I feel, what is the point of creating, adding more chaos to a world that is already so chaotic. 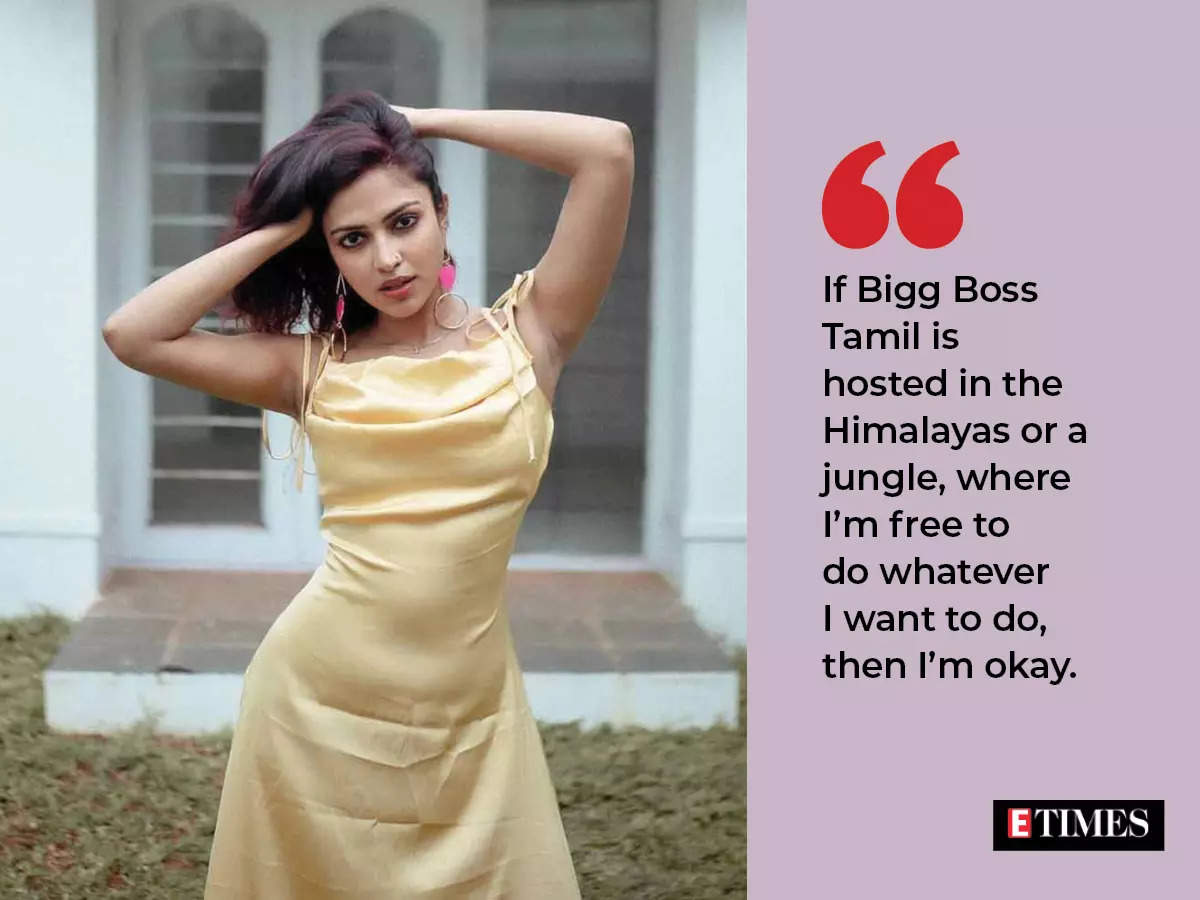 You have openly spoken about your personal life, so are you open to love now?

I’m really enjoying spending quality time with myself, which I feel I have missed. I lost myself somewhere in the journey and finally, I am exploring the person that I am. There’s so much self love and there is so much understanding as I’m exploring myself. That’s the place that I am in right now, which is beautiful.

While juggling multiple projects in different languages, is there any movie you wish hadn’t turned down?

There has been a very valid reason for why this has happened. So, Mani Ratnam sir auditioned me for ‘Ponniyin Selvan’ and I was so excited for that. I am a huge fan of Mani sir and I was so excited for it. And that didn’t happen at that time. I was so disappointed and sad. Then in 2021, he called me for the same project. And like I said, I was not in the mental state to do it, so I had to turn it down. If you ask me if I regret doing that, I won’t, because certain things are just perfect. It’s perfectly designed and I think it’s just about how we look at. If not acting, what profession would you have chosen to pursue?

I think a Yogi maybe (smiles). I’d be an entrepreneur for sure but also creating holistic retreats, with healing, yoga and meditation. I would love to bring these artists from all around the world for something very shamanic. I also like traveling, exploring the jungle or something like that.

What is the best feedback that you’ve received for your last release Cadaver?

The best feedback was an email from a doctor. It was a long email in which she wrote in detail about how much we could successfully execute the mortuary scenes and the different terms. She even specified certain things like getting a requisition letter before you take a body to post mortem. She also wrote how convincing I was portraying a forensic surgeon. That was the best compliment I have received. It was like a validation of our work.

There are rumours about you doing Bigg Boss Tamil 2022?
No, I can’t and I won’t. If they do it in the Himalayas or a jungle, where I’m free to do whatever I want to do, then I’m okay. It should be Hunger Games, like not killing each other, but I should be able to do what I want to do, no rules, no restrictions. They can just record whatever I’m doing.