Chahat Khanna reacted on joining Sukesh, said- ‘I am laughing at this’ 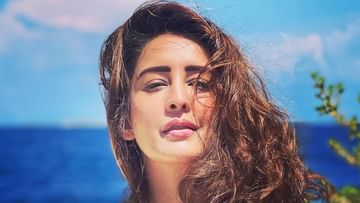 After her name was linked with thug Sukesh Chandrashekhar, it was claimed about TV’s famous actress Chahat Khanna that she had gone to meet him in Tihar Jail. This case is in the news due to the alleged involvement of actress Jacqueline Fernandez and Nora Fatehi in the money laundering case of 200 crores. Recently, the names of Nikki Tamboli and Chahat Khanna were revealed in this case, after which many questions started to arise. Now Chahat Khanna has reacted on this.

Chahat Khanna and Nikki Tamboli were also brought under the scanner on Thursday itself after reports of them meeting Sukesh Chandrashekhar in Tihar Jail started pouring in. Chahat Khanna is calling it a “twist” portrait of reality and she says that she will present her side when it is appropriate.

Chahat Khanna will speak when the time comes

Chahat Khanna said that, I have seen all the reports about my involvement. Actually, there is a lot I want to say, but then I think why should I clarify myself. It doesn’t make any sense now. This is not the time when I should clarify myself or I need to clarify myself. Chahat said that she will speak only when the right time comes.

Chahat further said, “I will definitely speak, not to defend myself, but to tell what actually happened. Right now, what the media knows is only half of the whole story.

According to the report of an online portal, Nikki Tamboli, Chahat Khanna, Sofia Singh and Arusha Patil had gone to Tihar Jail in Delhi to meet Sukesh Chandrashekhar through their aide Pinky Irani.

Chahat Khanna is not worried about this

With his name cropping up in the money laundering case, Chahat Khanna is aware that many things are being said, but he is not bothered about it. Chahat said that, when I will say anything about this matter, then the whole Chinese whispering game will start. So I want to keep quiet, but when the time comes, if I feel the need to tell the real story, I definitely will.

Chahat Khanna further said, “If people draw conclusions without listening to my story, then I can’t be bothered by it. They don’t know the reality. They can say or believe whatever they want. They have every right to do so. Right now, my family and I are laughing after reading what all the reports are about and what is coming out.


May want to hire a lawyer!

Chahat was asked if she is planning to appoint a lawyer to take the matter forward. To this Chahat Khanna said, “Well, most people who think they have done something wrong, hire a lawyer. I know what I’ve done. If I try to hire someone, even the lawyer will laugh at me saying ‘this is what nonsense’. What is coming out is really crooked. A sentence is being highlighted. It doesn’t make sense for me to worry about it right now.