For the first time you have made you cry, Kapil Sharma broke after Raju’s departure, this is the condition of the stars

The entire entertainment world is in shock due to the death of Raju Srivastava. Due to his departure, the pain of all the stars including Kapil Sharma is spreading on social media. 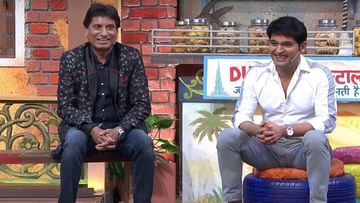 The death of Raju Srivastava has brought a big blow to the whole country. Such a mountain of sorrow has broken on his entire family, which hardly anyone can compensate for. Along with his family, his fans and favorite stars are also broken by his departure. Like Raju, Kapil Sharma is also considered the king of comedy. Kapil Sharma’s pain has spread on social media due to the death of Gajodhar Bhaiya. He has shared a photo while reminiscing his old memories, in which both are seen laughing. Along with this, all the stars of the industry have paid tribute to him.

Kapil Sharma has recently shared a post on his official Instagram handle. In this post, Kapil has shared an old photo expressing his pain. Giving the caption with this photo, Kapil has written that for the first time today you have made me cry, Raju Bhai… I wish there would have been one more meeting. May God place you at his feet. You will be missed a lot. Goodbye Om Shanti. His love for Raju is clearly visible from Kapil’s post.

Thank you for making us laugh for decades, Raju ji!♥️ You went too soon #RajuSrivastava pic.twitter.com/9I3ukIGWvx

You will live on forever in our memories, #RajuSrivastava Ji. Thank you for spreading so much joy and laughter in this world. May you rest in peace and may God give strength to your loved ones.🙏 pic.twitter.com/rfO7L9npj1

In struggle with life, dear Raju Srivastava, the best comedian who always won over silence, lost. My humble tribute to you 🙏 pic.twitter.com/IIMyuAmysg

There is no friend or alien that Raju Srivastava did not laugh at. Raju Bhai gone too soon. You were a true legend of stand up comedy. peace#RajuShrivastava pic.twitter.com/yGyXC1nscI