Raju was being treated at AIG Hospital. The hospital said in a statement that he was admitted on August 5 due to complications post-Covid. 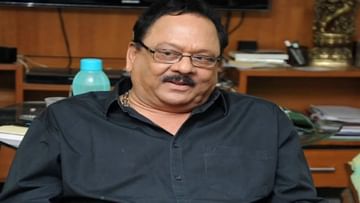 Former Union minister and veteran actor Uppalapati Krishnam Raju passed away during treatment at a private hospital in the early hours of Sunday. He was 83 and is survived by his wife and three daughters. Raju was the uncle of the famous actor Prabhas from the film ‘Bahubali’. Hospital sources said that he was suffering from post-Covid-19 problems. He was admitted to the hospital on August 5.

Uppalapati Krishnam Raju was a two-time Lok Sabha member and served as a Union Minister of State in the government of Atal Bihari Vajpayee. Raju, popularly known as Rebel Star, acted in more than 180 films and was in discussion with his rebellious characters. He made his film debut in 1966 with the Telugu film ‘Chilaka Gorinka’. He was awarded many awards for his acting.

Saddened by the passing away of Shri UV Krishnam Raju Garu. The coming generations will remember his cinematic brilliance and creativity. He was also at the forefront of community service and made a mark as a political leader. Condolences to his family and admirers. Om Shanti pic.twitter.com/hJyeGVpYA5

Telangana Chief Minister K. Chandrashekhar Rao condoled his death. Rao said in a statement that Krishnam Raju, who performed brilliantly in several films during a career spanning 50 years and won the hearts of film audiences as a ‘rebel star’ with his unique acting style, is a great loss to Telugu cinema. Is. Condoling the death of the former minister, Bharatiya Janata Party (BJP) Telangana unit chief Bandi Sanjay Kumar said in a statement that Krishnam Raju’s death is tragic and it is a great loss to the BJP, the Telugu film industry and the people. .

Share
Facebook
Twitter
Pinterest
VK
WhatsApp
Previous articleKolkata: ED raids at 6 places in Kolkata, 12 crores seized from ED so far during raids
Next articleKamal Rashid Khan Aka KRK First Tweets I Am Back For My Vengeance After Release From Jail | KRK Tweet: ‘I am back to take revenge’
- Advertisement -

ATS and local police arrested 50 to 55 workers of PFI i.e. Popular Front of India during a...
Maharashtra