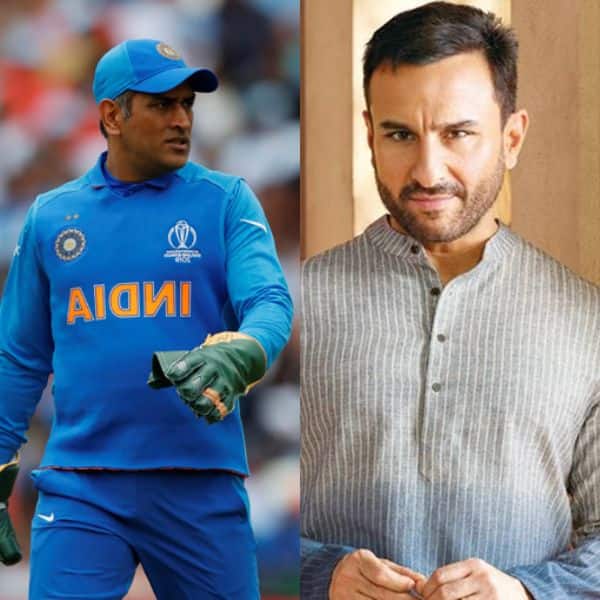 The Indian Men’s cricket team completely slaughtered England in the first Ind vs Eng ODI yesterday in London. Jasprit Bumrah was on fire as he hacked through half of the England men’s cricket team in no time, reducing it to 26/5 before the players even got a chance to properly have a look in, ending with 6/19 – the best figures ever by an Indian bowler for ODIs in England. Making the occasion doubly special was the presence of a few dignitaries. However, among them all, it’s a picture of Indian cricket‘s most successful limited overs captain MS Dhoni, Bollywood actor Saif Ali Khan and West Indies batting great Gordon Greenidge that’s going viral. Also Read – Asim Riaz Birthday Special: Here’s how Sidharth Shukla was the key factor in the journey of Bigg Boss 13 runner-up

Cricket aficionado Johns Benny, who goes by the Twiter handle, CricCrazyJohns, shared the picture of Mahendra Singh Dhoni, Saif Ali Khan and Gordon Greenidge that’s going viral. While both Dhoni and Greenidge can be seen in simple chequered shirts and pants, Saif Ali Khan was dressed to the hilt in a blazer, complete with a silk pocket handkerchief. Two other people in the VIP section, whose identities are as yet unknown, also posed with them in the photograph. Check out the viral pic below: Also Read – Kareena Kapoor Khan-Saif Ali Khan, Bhagyashree and more Bollywood celebs who belong to royal families

MS Dhoni with Gordon Greenidge and Saif Ali Khan in Oval for the first ODI. pic.twitter.com/7mQtjtZU9d

After the pic began doing the rounds across social media, Saif Ali Khan was needlessly and tastelessly trolled for no other reason other than it being the favourite pass-time of losers and hatemongers. Some sick mindsets even dragged his religion into the equation. Check out a couple of these vitriolic tweets below: Also Read – Rajkummar Rao shares his FIRST REACTION after getting call about Sushant Singh Rajput’s demise and it’s heartbreaking

Highest point of Saif Ali khan as he is standing beside msd.

The Ind vs Eng second ODI will be played on Thursday, 14th July, at Lords.