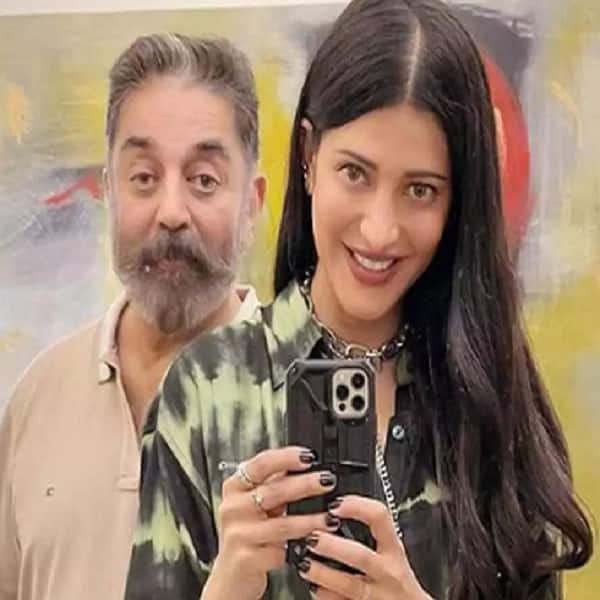 Is it easy for star kids to make it n the industry after a huge debate on nepotism? There is no clear answer to it even ow. While the star kids admit that they get it easy but have stuck to the point that survival is equally difficult. And one can only survive based on sheer talent or else every star kid would be a star today, When the nepotism debate sparked Alia Bhatt, Varun Dhawan and many star kids took a strong and against the hatred toward them and claimed that they have survived only on their talent. And now one more actress is claiming the same and she is Shruti Haasan- daughter of the biggest south superstar Kamal Haasan and Sagarika. Also Read – After Ratan Rajput, Shehnaaz Gill takes up farming; says, ‘Mummy maregi’ [VIEW PICS]

While Shruti who is managed to create her niche n the industry is still struggling to get good work in Bollywood, recently opened up about being Kamal Haasan’s daughter has helped her make big in the industry. In her recent interaction, the Saalar actress said,” I have never denied and I don’t think you should when you have a surname. I know it opened a door for me. But I also know, with my hand on my heart and God as my witness, that I have never used my parents’ name or connections to get a job through, get something done or even pay my bills after I started working.” Also Read – BTS: Jungkook and Charlie Puth’s Left And Right touches 100 million; here’s a look at ARMY-made edits on RM, Taehyung, SUGA and co

She further added, ” I have worked through this business like any other person and I am proud of that but I never take away from the fact that my surname opened doors”. Shruti made her Bollywood debut with Luck opposite Imran Khan. While she is a popular actress down south, she is yet to impress Hindi audience with her performance in the films. But the actress is here to survive and each day she is proving her mettle as an actor. Also Read – Bade Achhe Lagte Hain 2’s Nakuul Mehta, Yeh Rishta Kya Kehlata Hai’s Harshad Chopda and more – which TV actor aces emotional scenes? Vote now