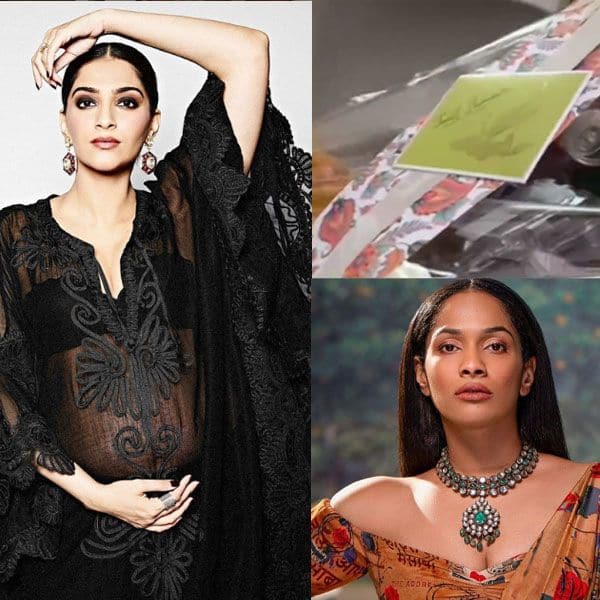 Bollywood actress Sonam Kapoor is currently enjoying her pregnancy phase and is all set to embrace motherhood soon. Recently, Sonam’s grand baby shower invite went viral on the internet. In the video, the first glimpse of a huge gift hamper with the baby shower invite can be seen. The video was captioned, “Invites for #sonamkapoor baby shower. it is happening on July 17th at former Miss India #kavitasingh home at Bandstand. The wedding too had taken place at that auspicious venue.” Also Read – Ranveer Singh receives flak for ‘forcibly’ kissing Bear Grylls in Man vs Wild; netizens call it, ‘borderline assault’

Sonam and husband and businessman Anand Ahuja are on cloud nine these days and cannot wait for their little bundle of joy. The parents-to-be had announced the good news on social media this March. Recently, there were reports that Anil Kapoor, Sunita Kapoor will host a grand baby shower party for their daughter which will take place at maasi Kavita Singh’s bungalow Rockdale at Bandra in Mumbai. This is the same location where Sonam and Anand got married in 2018. Also Read – Koffee With Karan 7: Before Janhvi Kapoor-Sara Ali Khan; these contemporary actresses stole the show on Karan Johar’s chat show

Sonam recently had a lavish baby shower in London and the pictures, and videos from the celebration went viral on the social media. She captioned the posts as, “It’s all starting to feel real! This baby is now well on its way and I’m so thankful to @eieshabp for throwing the best welcoming party ever, bringing together so many of my favourite people and showering me with love and blessings in the most generous and beautiful way.”

On the work front, Sonam will be next seen in Blind film which is a remake of the 2011 Korean film.