The story of ‘Chhelo Show’ full of innocence, which beat RRR to make it to the Oscars

The director of this film is Pan Nalin. Bhavin Rabari, Bhavesh Shrimali, Richa Meena, Dipen Rawal and Paresh Mehta have played important roles in this film. 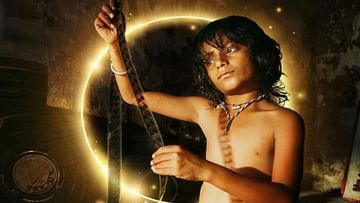 There was a tussle between RRR and The Kashmir Files as to which Indian film of the two would go to the 94th Academy Awards to be held next year. The discussion of both the films was on social media for a long time. One of the two could have been nominated for the International Feature Film category. But here there was a twist in the story and the Gujarati film ‘Chhelo Show’, beating both the films, made its place in the nomination of Oscar 2023. It also shows that no matter how much money you spend on making films, if the story of the film is good then it will definitely be appreciated.

What is the story of the movie Chhelo show?

The story of ‘Chhelo Show’ is full of hope and innocence. ‘Chhelo Show’ is a semi-autobiographical film, as the film narrates the childhood stories of director Pan Nalin. It should be said that the story of the film revolves around his childhood, so there is no doubt in it. The film, based on a nine-year-old boy living in the village of Chalala in Saurashtra, Gujarat, was well received.

The story is of that time, when movies were seen with the help of projector. The name of the child around whom this film revolves is Fazal in the film. Fazal bribes the cinema projector technician and enters the projection booth of the hall. That’s how he watches movies. The story depicts her passion for films. In Gujarati language, Chhelo means the last, hence the name of the film ‘Chhelo Show: The Last Film Show 2021’.

The film revolves around the life of the director

The director of this film is Pan Nalin. Bhavin Rabari, Bhavesh Shrimali, Richa Meena, Dipen Rawal and Paresh Mehta have played important roles in this film. The world premiere of ‘Chello Show’ took place on June 10, 2021 during the 20th Tribeca Film Festival. Along with this, the film also did well at the box office. The tremendous story of the film has got him an entry in Oscar 2023 from India.


He was born and spent his childhood in Adtala village, Saurashtra. The shooting of the film has been done in the village and railway station of Saurashtra. Some of the boys there have also been cast in the film. Old celluloid Hindi films and a technician were also used to run the projector to make the film look real. With the help of casting director Dilip Shankar, Nalin has cast the child artist.