From Bollywood to Hollywood, many news remained in the headlines on Saturday. If you have missed any big news from the entertainment world, then you can read it in detail here in Entertainment Top 5. 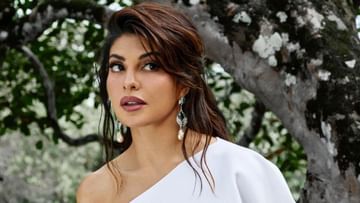 Jacqueline Fernandez’s troubles are not taking the name of stopping. According to media reports, officials of the team probing the ₹200 crore extortion case involving Mahathugs Sukesh Chandrashekhar and Jacqueline Fernandez say that the actress was warned about Sukesh by some of her Bollywood colleagues and friends, but she Pay no attention to those things. It has also been said in the reports that Jacqueline Fernandes was also planning to marry Sukesh.

Aamir Khan’s brother and actor Faisal Khan has recently revealed in an interview that actor Sushant Singh Rajput was murdered. He also said that sometimes such truth does not come out. I pray that the truth comes out soon. After a long time after the death of Sushant Singh Rajput, there has been a lot of buzz about this news again. However, people have given up hope that anyone’s name will come out in this case.

Akshara Singh targeted those who made the video viral, said – not going to break

The alleged MMS of famous Bhojpuri actress Akshara Singh is becoming very viral on social media. Now this beautiful Bhojpuri actress has given her reaction regarding this video. The actress recently broke the silence by taking this private video while talking to a news portal. Let us tell you, Akshara Singh is one of the highest paid actresses among Bhojpuri actresses. This actress, who won the hearts of millions of viewers with her acting, is very angry with this alleged video.

After the documentary, a film is being made on the story of Amber Heard and Johnny Depp

After the release of the popular trailer of Johnny Depp and Amber Heard Trial, the documentary film Johnny Vs Amber: The US Trial was released. But the soon-to-be-released Hot Take: The Depp / Heard will be a different film. According to a report in Variety, Hot Take: The Depp/Heard Trial will tell the story of the defamation case between Johnny and Amber.

Holiday Inn, Aerocity was the venue for interesting discussions on automation and HR’s role in the digital-transformation process...
Entertainment

Exclusive – Bigg Boss 16’s Sumbul Touqeer on dealing with fights: I’ve faced many challenges as a kid and reacted in a wrong way,...